Scott Shares During a Season of Giving

Scott Shares During a Season of Giving

Jim Scott is a blessed man.  After 14 years as a volunteer under the Criminal Justice and Mercy Ministries banner at Mabel Bassett Correctional Center (MBCC), he has countless stories and blessings.

It started as a trial year to see how it felt to go into a correctional facility with capacity for 1500 women.  MBCC is located about 20 miles east of Oklahoma City in McLoud.

At first, he says he was just clicking off the calendar when he>d do his weekly visit.  “But all of the sudden, I was like really excited it was prison visitation day,” shared Scott. 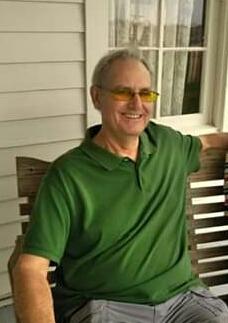 Two sentinel stories come to his mind when he reflects upon his volunteer tenure.  One was about an inmate who was a functional illiterate.

His small team of three started the Disciple Bible Study series with a group of women and soon discovered one of them couldn’t read or write.  She didn’t think she could continue with the series when a couple of the ladies in her pod said they’d read it to her and help her.

After the group completed their studies, it was time for graduation and a communion service.

“This lady volunteered to do the homily.  There wasn’t a dry eye in the house.  We all knew her story and she was now reading scriptures out of the Bible,” Scott said.

Scott said that it was a fantastic experience.  “She was willing to get up and read.  She was a changed human being.  If we are willing to work with them, people can change.”

The other story was when he and Rev. Valerie Steele were asked if they’d be willing to meet with Brenda Andrew, the only woman on Oklahoma’s death row.  Steele is currently serving as pastor at the Quail Springs United Methodist Church in Oklahoma City.

Scott reflects upon their first meeting with Andrew in a locked room, shackled, with her chained to the table.  “When they moved her from her cell to medical, they had to clear the yard.”

After nearly a decade of solitary confinement for Andrew, Scott still ponders about what that entails and does to a human being.

“I make no judgment whether guilt or innocence.  Not my mission.  I go to meet a person at their spot in life.”

“She grew in her faith. I grew in dealing with her.  Mutual thing, we grew together.”

Scott says that he’s the one who changed the most after all his visits to the correctional facility.

Some of Scott’s biggest trophies are running into his correctional facility friends after they’ve been released.  He tells that one day his family was walking down the street in downtown Oklahoma City when a lady yells out, “Hello Jim.”

“She came up and gave me a big hug.  My family was just looking at me like who is this lady.”

The former inmate shared with the family that he was her teacher.

As a retired CPA, Scott is also retiring from his volunteer work at Mabel Bassett Correction Center.  He sums it up best, “I got more out of it than I gave.”