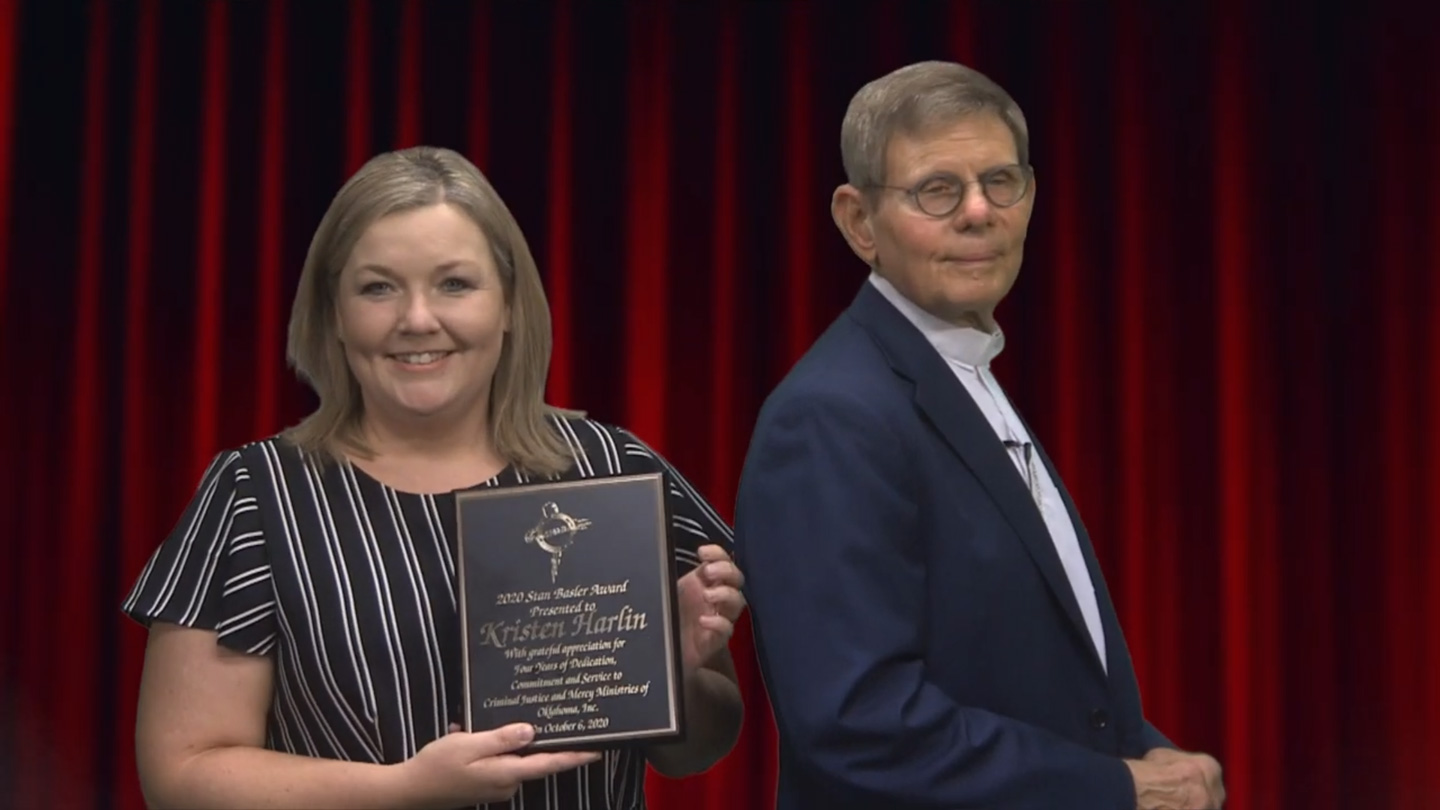 Thank you Kristen for being such a trail blazer!

Kristen stepped into the Executive Director role at CJAMM in April 2016 after 8 years working in corrections and law enforcement and then as the Administrator of Juvenile Justice facilities in Pottawatomie and Creek counties. She also served on the Oklahoma Juvenile Detention Center Association Board and worked with the State of Oklahoma on incarceration matters. The four years that CJAMM was blessed with Kristen’s leadership, CJAMM not only turned around financially but was able to build a savings. Kristen also started the Wrap Around Program for the Exodus Houses, New Day Camp Three for the youth ages 15-18 years old and the Reaching Past the Pew program to help churches understand incarceration and accept the “least of these”. CJAMM thrived under Kristen’s leadership. Kristen Harlin is very deserving of this year’s Stan Basler Award.