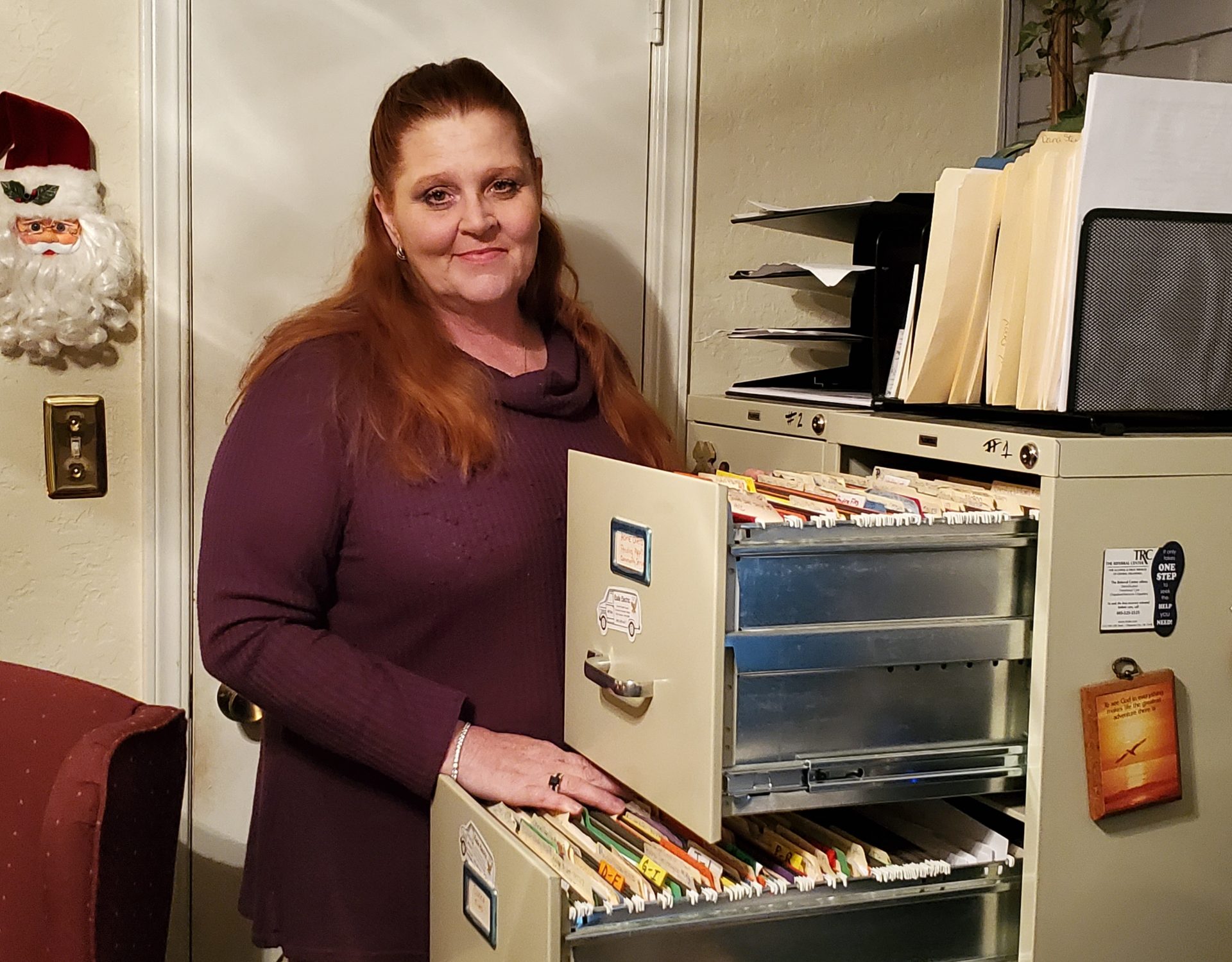 Robin Wertz interviews dozens of prisoners to determine who would be a good fit at the Oklahoma City Exodus House.

The outside world was overwhelming when Robin Wertz was released from prison in 2007. Today, she helps others who are having that same experience as the site director of Exodus House, a transitional housing unit that helps people get back on their feet.

“We can’t go back out into crime-ridden drug-infested neighborhoods,” Wertz said. “We have to provide communities where they’re getting the resources they need and they’re being inspired.”

In her office, she has a file cabinet filled with neatly organized folders holding dozens of letters from prisoners hunting for a home.

Wertz says they ask her for an apartment and she sends them an application. If they’re approved she’ll schedule them to take an apartment when one becomes available.

Right now, all of the apartments are committed to prisoners scheduled for release. She has no more room. But, there’s a waiting list. Twelve names have been added so far, and she still has 25 more applications to review.

Oklahoma Department of Corrections data suggests nearly a quarter of people released from prison will go back. They’re also at higher risk of being homeless.

According to data from the Prison Policy Initiative, people who’ve been incarcerated are almost 10 times more likely to be homeless than the general public.

Survey data from Oklahoma City suggests 3 out 4 homeless people who don’t have shelter have experienced some form of incarceration.

Transitional housing programs are one of the few tools Oklahoma communities have to help former prisoners start building stability right away.

But, there aren’t enough of them to help everyone being released. The Department of Corrections doesn’t keep a complete list of this kind of housing, but the charities who run them  say they’re often full and most are clustered in the state’s two largest cities. Finding similar programs in rural communities can be hard. 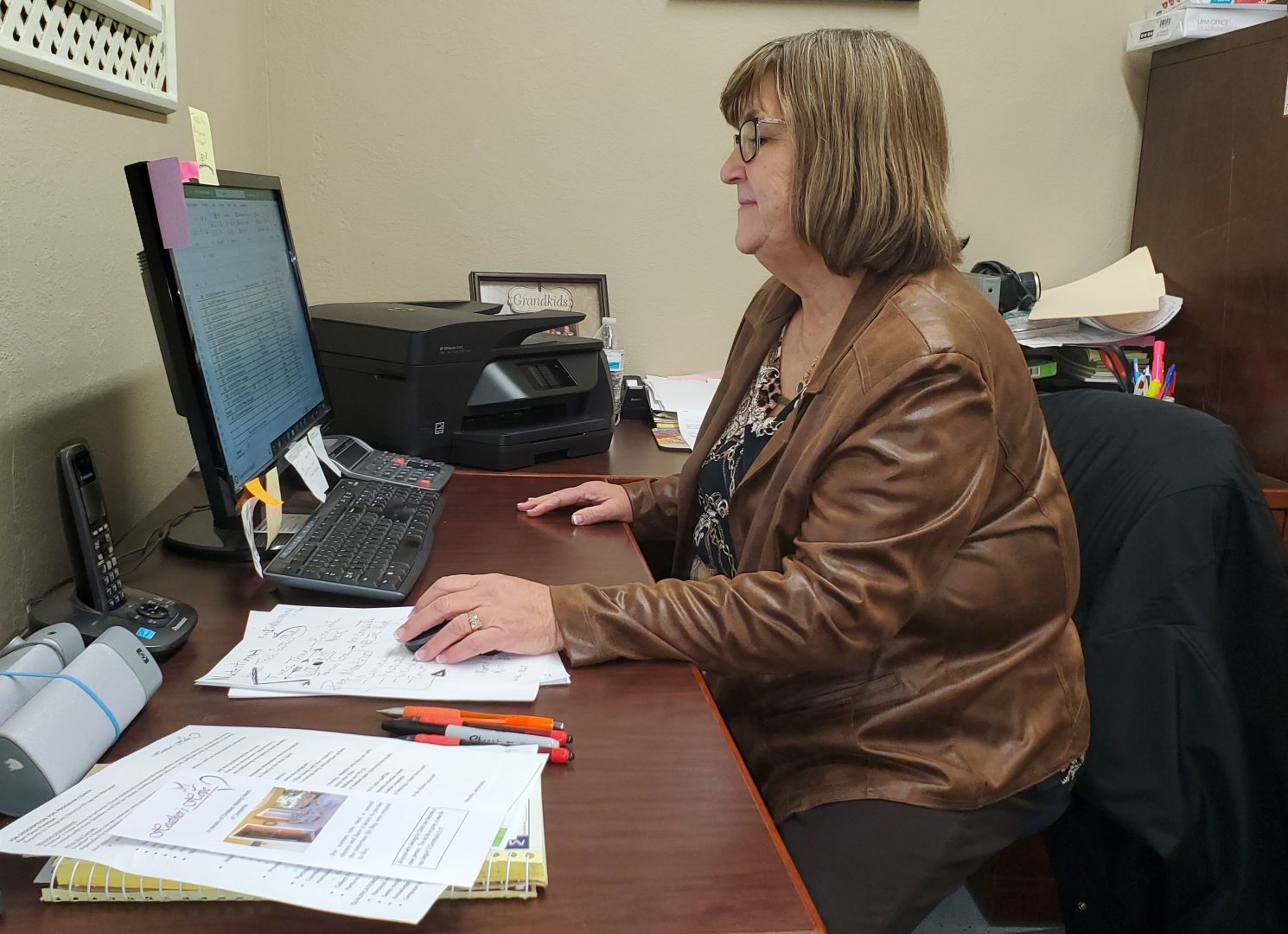 Filling the gap in rural OK

Comanche is about an hour and a half southwest of Oklahoma City. Christian Helping Hands houses women who’ve left prison in homes that were donated to the program.

“Some come stay 30 days. Some stay 9 months and they feel like they’re ready to be on their own,” Dobbins said. “They can stay up to a year. It just depends.”

Christian Helping Hands started as a food pantry. Dobbins took over about 10 years ago and decided to expand the program when she met eight homeless single mothers.

“We found out (that) somewhere in their past they had been incarcerated and incarceration had a lot to do with their homelessness,” Dobbins said.

Victoria Swier was released from prison in 2018 and she says coming out of prison was a hard transition.

One of her first decisions was to move back into Stephens County. She was told to move to Oklahoma City or Tulsa where there are more services and no bad influences from her past. But she wanted to be near her kids who live in Duncan.

“That was one of my main focuses was to reconnect and because I had missed out on so much, I didn’t want to miss out on anything,” Swier said.

In the last two years, Swier says she’s made great progress with her children that wouldn’t have been possible if she’d moved outside of the county, but this program is unique in rural Oklahoma. 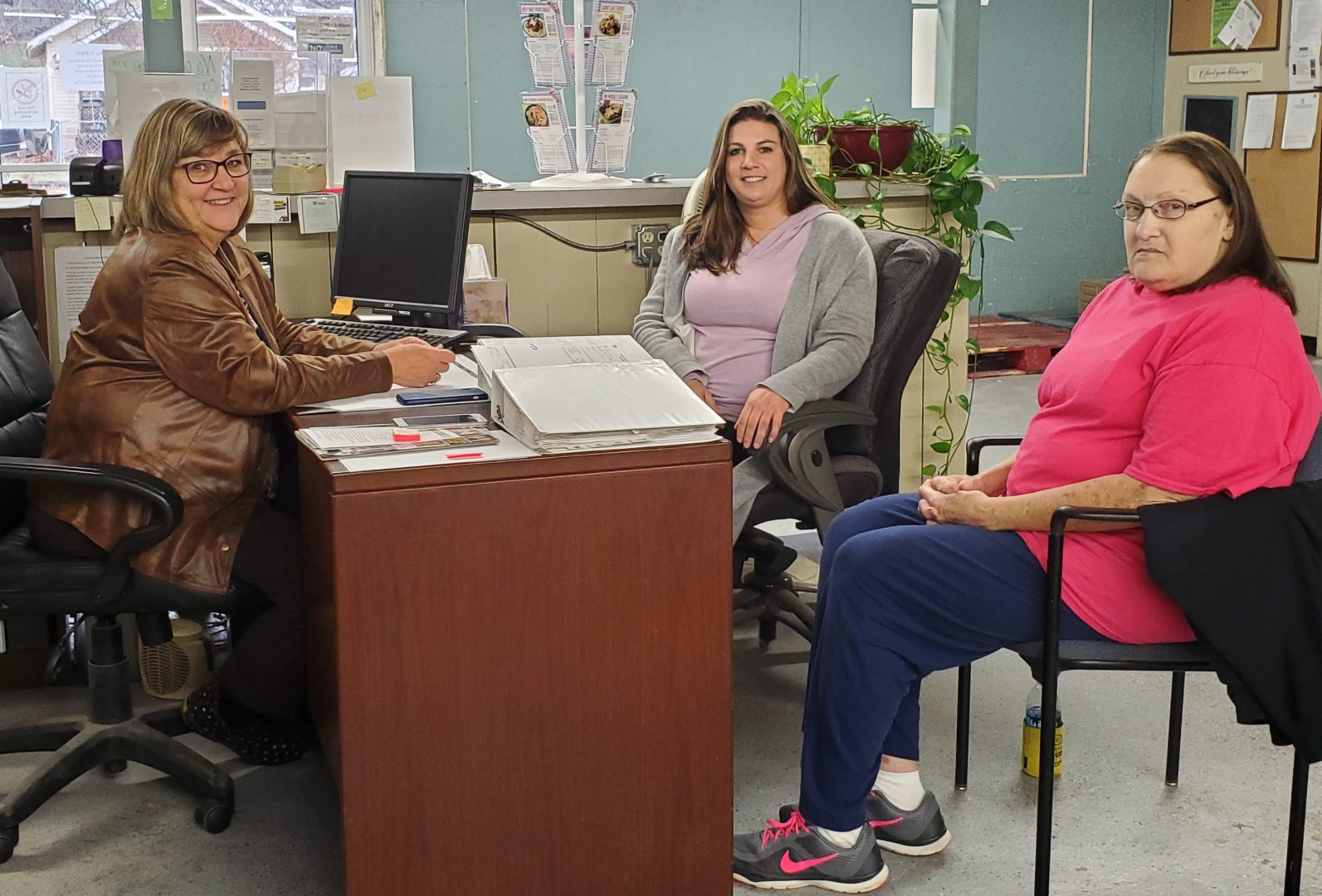 Kathy Peacock works with Stand in the Gap Ministries, an organization that helps women in prison get ready for life on their own.

“We need more transition homes, and we need them in areas that we don’t have them in,” Peacock said.

Without transitional housing, Peacock says people leaving prison often end up couch surfing in the same places where they got arrested. That’s where she’s afraid people released in the state’s mass commutations last November have gone.

“Unfortunately there were very few women who went to transition homes,” Peacock said. “I personally only know of two … the other homes that I’ve talked to, they may have applied but they didn’t show up.”

Unlike people who are paroled, many of the people in the mass commutation were released without conditions. She says that’s concerning because the structure people get in these programs helps reduce their chances of falling back into criminal life.

“We need 100 more programs like this because that’s what people need,” Robin Wertz said. “They need housing and employment, first and foremost.”

With a record number of commutations in 2019 and hundreds more releases expected this year as criminal justice reforms take effect, lawmakers and a task force for the governor say they want to give people smoother transitions out of prison and set them up for success, but it’s unclear if they will deal with it when the legislative session starts February 3.