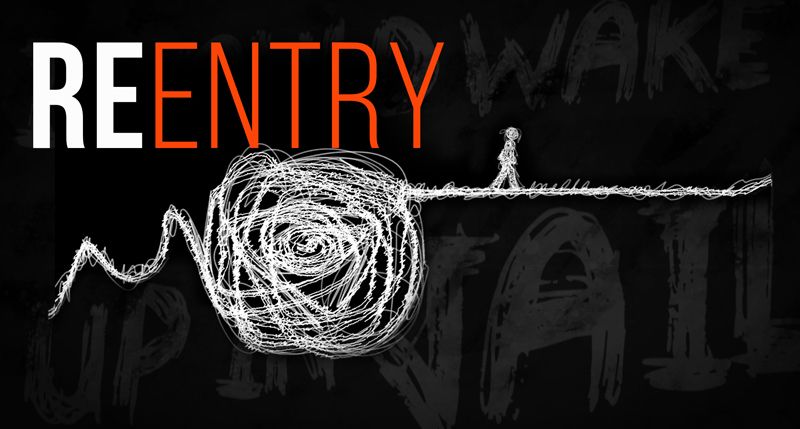 The apartment was temporary – a cramped living room with a couch covered by a tan sheet. A Bible sat in front of a large-screen television. The Exodus House dwelling is one of many that gives haven to former felons as they try to start over. This is where Melissa Shiver told us her story. She was incarcerated for eight years for manufacturing meth. She has recidivated once. But she says her work at Exodus House will save her from being incarcerated again. Photos by Jarrad Henderson. Audio and text by Eileen Rivers.
01 / 10 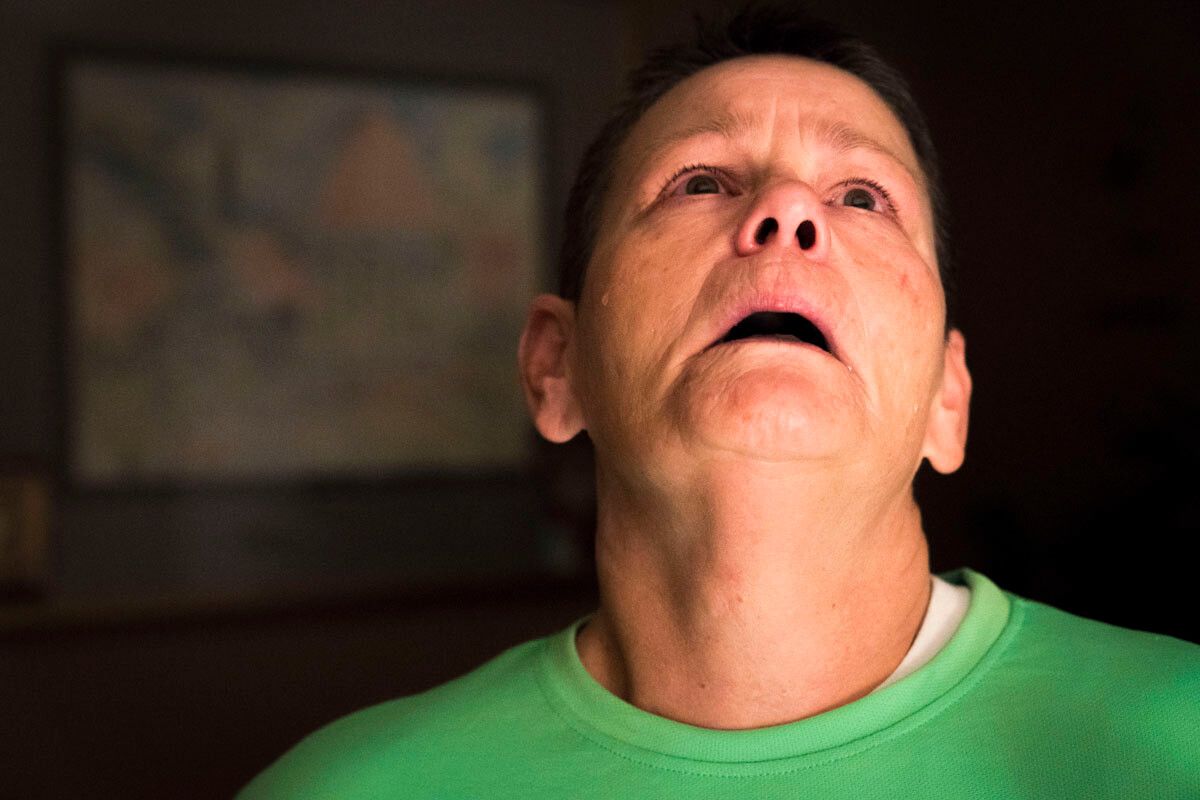 Melissa Shiver spent her life protecting her brothers. She grew up the only girl among three boys, with parents who fought frequently. So when her baby brother, the youngest, died in 2000 in a car wreck, she blamed herself. The pain was too much for her to handle. She started drinking, and three years later she went to prison for driving under the influence. She also used cocaine. The addiction, she said, “takes your sense of life away.”
03 / 10 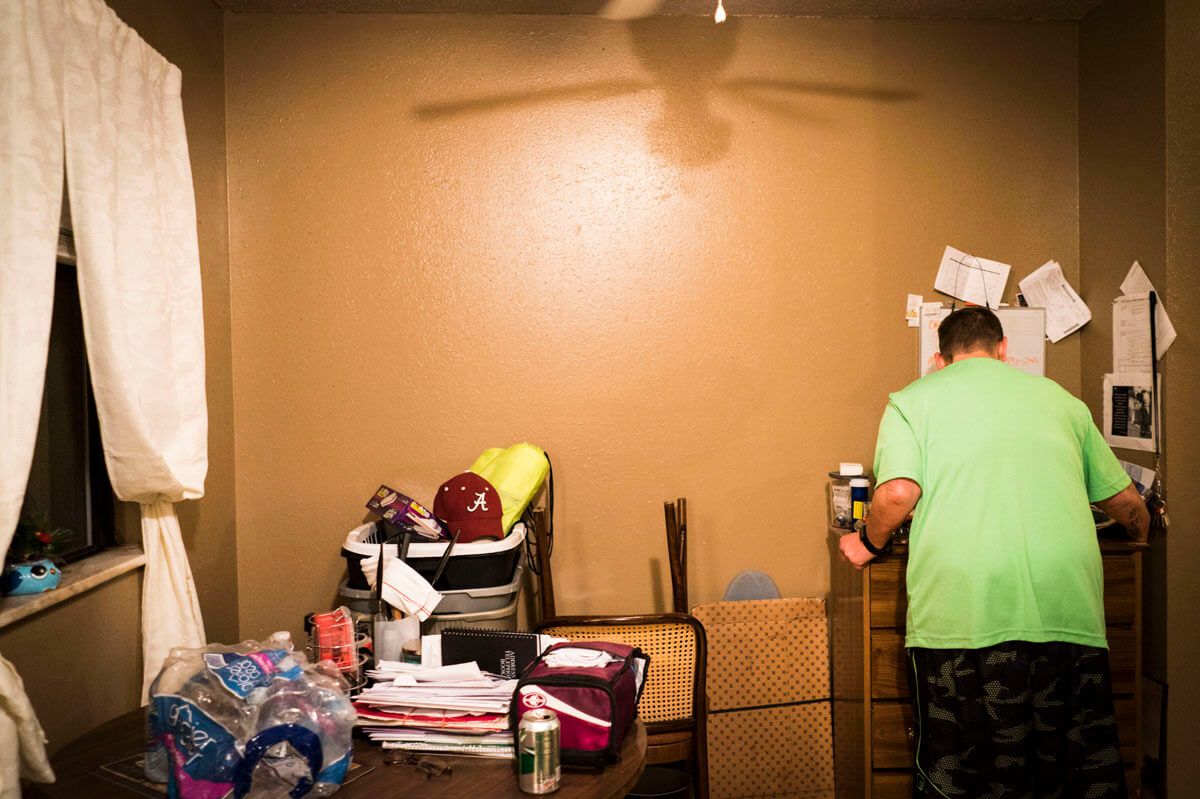 The women at Mabel Bassett, Shiver said, need more programs to help them build skills, recover from trauma and prepare to leave prison. “I did wonder: What was I going to do when I got out?” she said. “I was scared.” She found a job working nights at a crisis center. She allowed us to follow her as she prepared for work, above.
7/20/2017 | Oklahoma City, OK
04 / 10 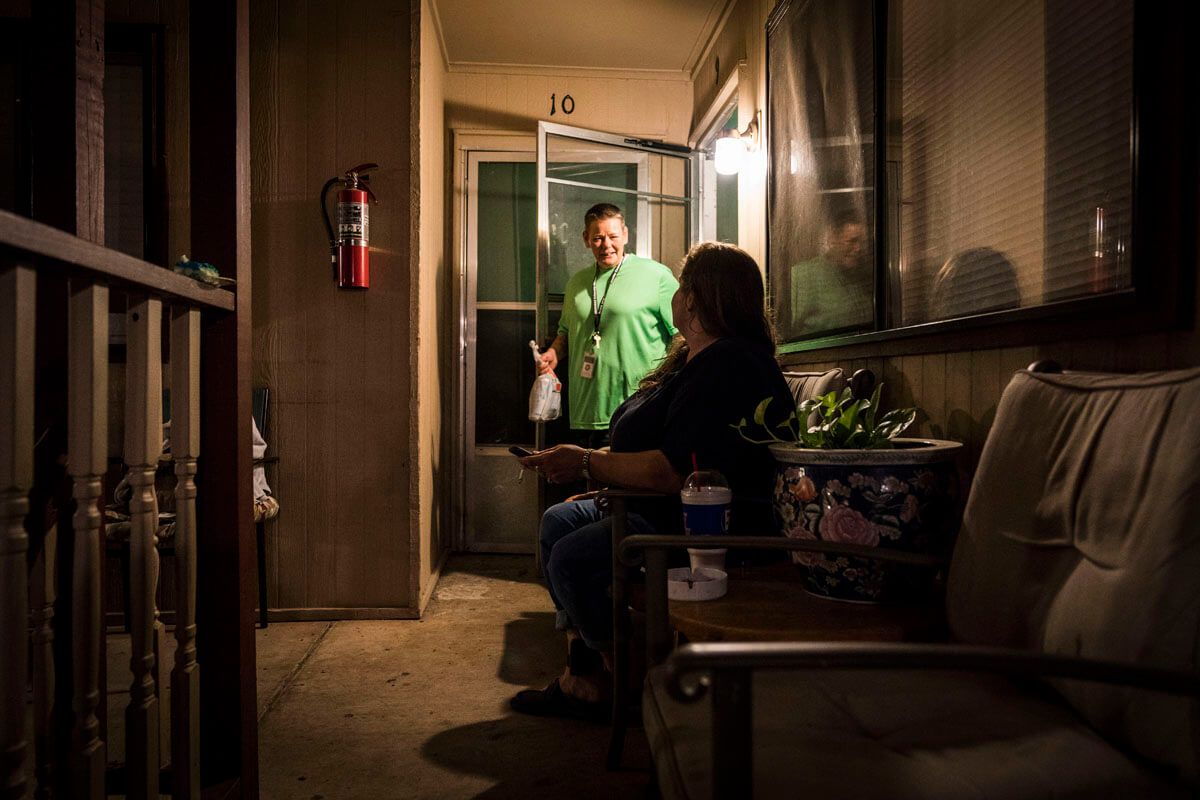 Shiver found hope after prison at Exodus House, a religious-based organization that provides housing for former felons. She graduated from the Exodus program and was slated to move out of her apartment not long after our visit. She had been out of prison for nine months when we met her.
05/ 10 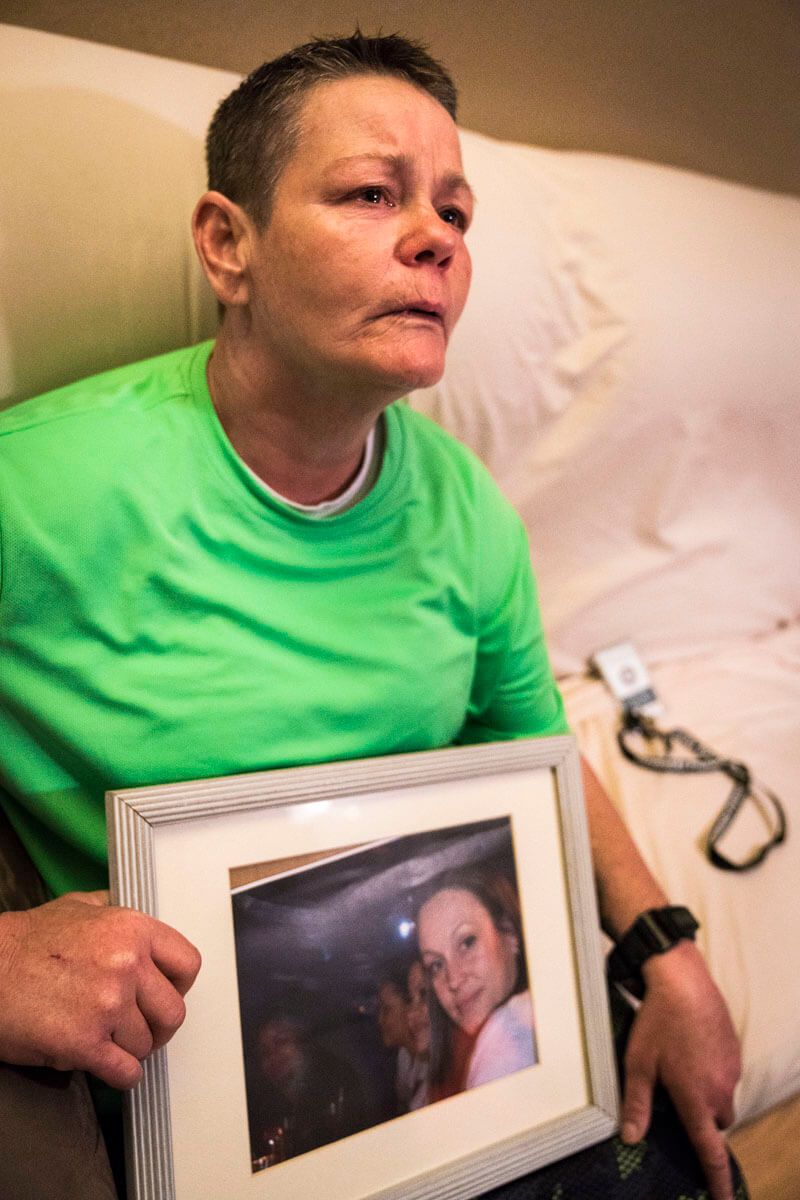 Shiver paused, but couldn’t hold back tears as she described her former girlfriend: Everyone, she said, loved her. They both lived at Exodus house. Her girlfriend moved out after she graduated from the program. Shiver explains that the woman, whose picture she’s holding, struggled with alcoholism, relapsed and died in a car crash three weeks after she left.
07/ 10 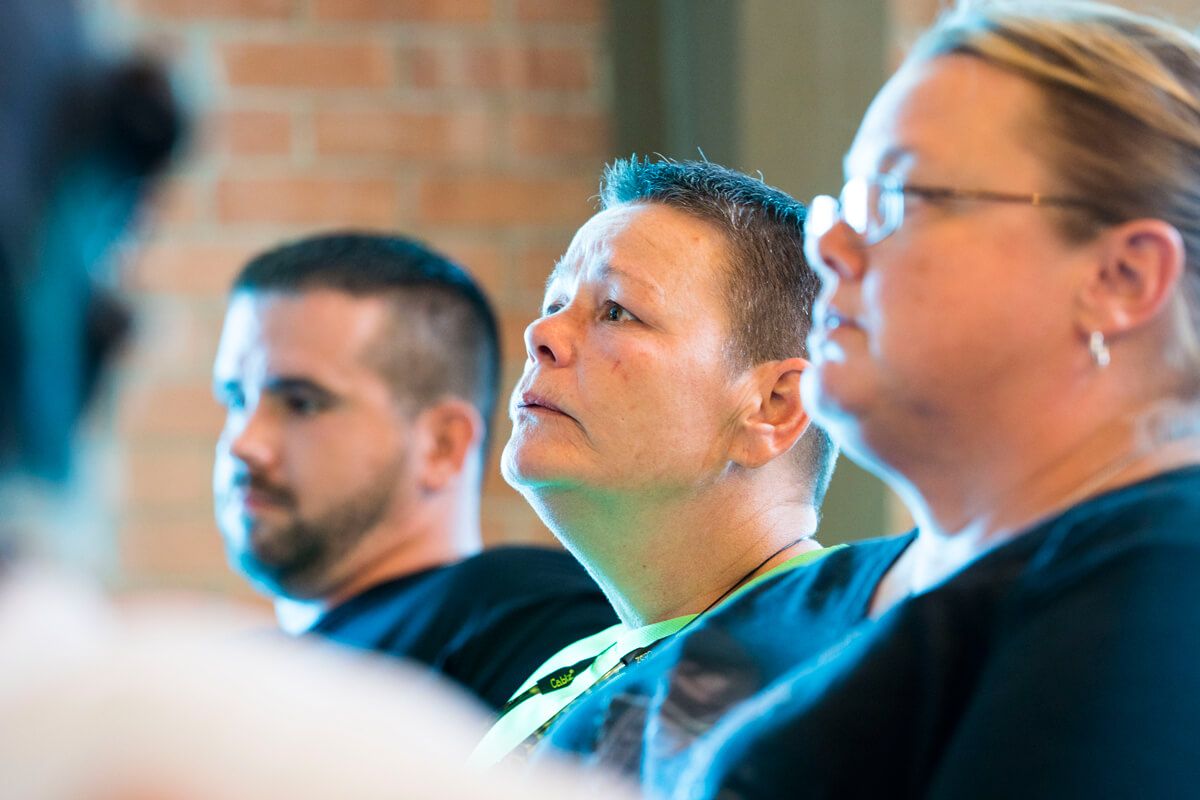 Shiver left prison with just $189 in her pocket. Exodus House finds sponsors who pay the cost of rent so ex-felons, who often struggle to find work, can start over with fewer financial worries. Shiver also attends church, above. She leans on her faith, she said, to keep going. A tattoo on her arm says “Only God knows why.”
08/ 10 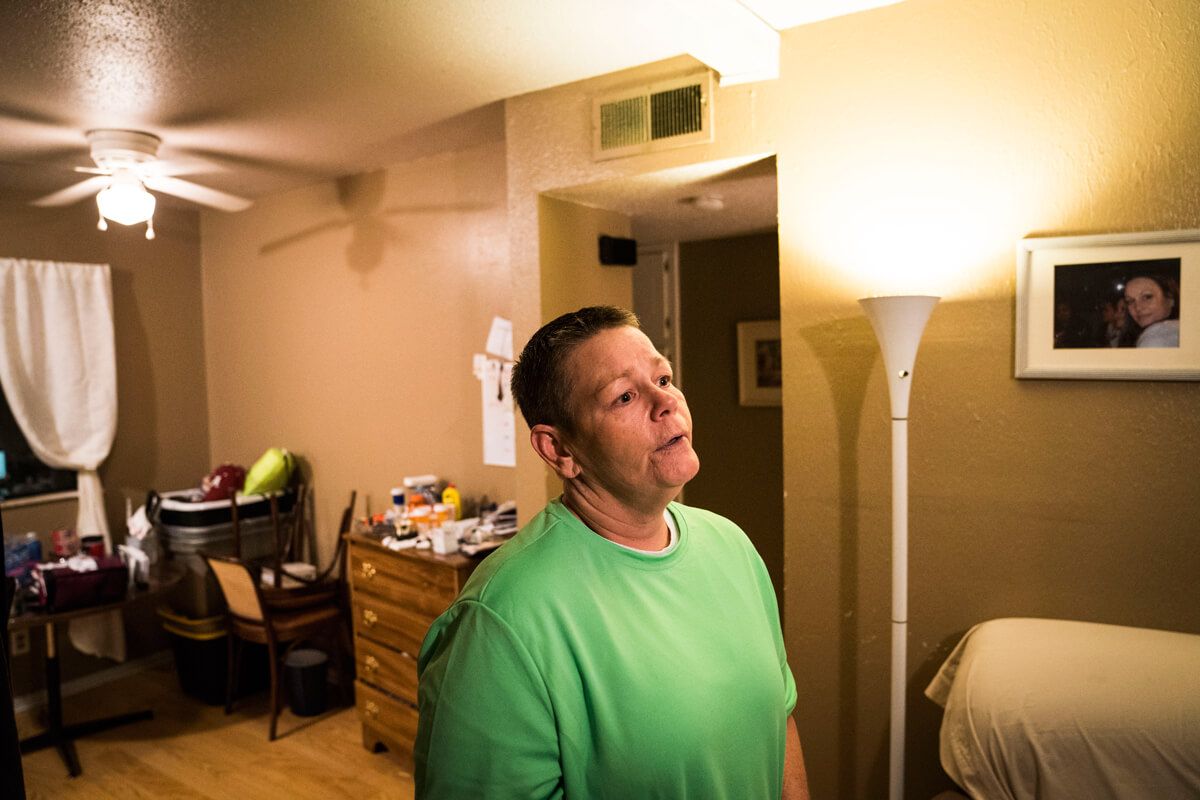 Shiver admits that she beat herself up a lot when she initially got out of prison. “Coming back, being a felon … I just thought, ‘Who’s going to hire me?’ And then everything was on computers when you go apply for a job.” Before she left prison, she wondered what Exodus House was going to be like, whether it would be another prison and whether she would make it through the program.
09/ 10 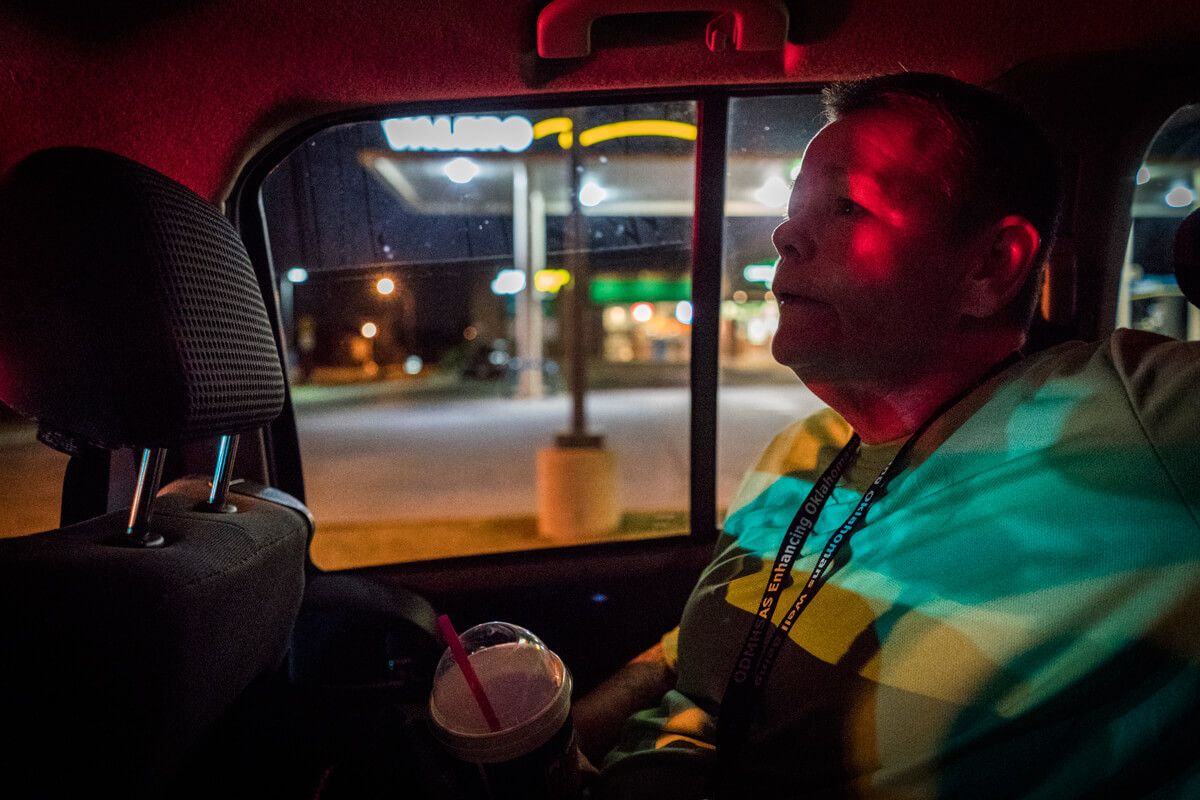 Before what she hoped would be one of her last Uber rides to work, Shiver talked about the car that a family donated to her. She had saved up a few thousand dollars during her time at Exodus House, which she planned to use to pay for her own apartment.